Explaining MtF for the Cis-Female 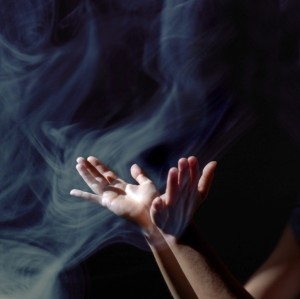 Just listened to a great interview with Lieutenant Colonel Cate McGregor on the Australian show One Plus One, in which she describes coming out as a transgender female.

In the quote below (link is below as well – this piece is at 14:50), she explains being a transsexual woman to the host.  She addresses one of the conundrums a natal woman has with understanding this.  This is something I have struggled to explain properly to many of my woman friends that I have come out to and is something I addressed in previous posts here on my blog site as well – although not nearly as eloquently as Cate does.

I hope this will help a cis-woman understand and grasp a transgender woman. For me the main point is the congruence of having one’s self being consistent:  mind/body/soul.

Cate’s outlook does resonate strongly with me.  Making it through mid-life (well for me a ‘wee’ bit past that), “before the intense need to live authentically.”  It’s great to hear someone else in the same situation but who has a wonderful tack for expressing this.

Cate’s addressing of authenticity of course riles some of the transsexual community:  “I don’t consider myself a woman, I’m transgendered”.  But in coming out to a fair number of the cis-women in my life, this was one of the issues almost always raised.  I like how Cate addressed this – “of course I do not have nor will have all the experiences of a natal woman” – but the main point is – that is ‘not’ the point!  The point is that she is congruent  – mind/soul/physical body, as she said “transition brought the reward of feeling that I was me at last”.

As my partner so aptly stated, for a cis-female, this addresses and I think answers or perhaps makes clear a basic conundrum, as it most certainly has for my cis-female partner.  As she puts it, being a woman is like a rainbow, there are all types – you can not tell where the red ends and the orange begins …  She does not think womanhood is divvied up into separate groups.

To say that you are natal/cis/trans is just a description, not a division, we are all women.  Like I stated in my other posts here – it’s equivalent to having red hair, it’s a description of part of the broad range of the human experience.  I’ve heard religious zealots declare a woman is someone who can give birth – excuse me – so females that are postmenopausal are not women?  Time for reality.

This is Cate’s quote from One Plus One: Lieutenant Colonel Cate McGregor:

“The grammar for transgendered feelings just does not exist. It’s incredibly difficult to explain what it feels like to be boiling over with the sense of being trapped in the wrong body and identity.

“There is a feeling that you are in a straight jacket, an unfolding nightmare.  I was sleepless for months on end, I was experiencing nightly panic attacks. I couldn’t see a way forward that offered any level of contentment.  It was a nightmare and ya, at some point I wondered how much more of it I could have endured frankly. It seems like a dimm memory now, it’s really interesting that once I actually surrendered to this and decided that I would do what I’m doing, I felt a real calm.  And as I’ve transitioned and been able to express myself as female, I have felt a baseline level of contentment that nothing can rob me of.

“I also need to put a caveat on this too, that I don’t consider myself a woman, I’m transgendered.  I’m living as a woman and that’s a capital AS, upper case AS.  I have to express myself as female – I have no other way of existing that feels authentic to me.  I haven’t been gendered the way other women have been gendered.   I’ve not lived with the constant threat of physical violence, I can’t bear children and there are women who can’t as well.  There is a whole range of experiences that I shall never have.  But, as a trans male to female woman I’m in a highly delineated group, so I don’t consider myself a woman in the sense you are.  But for me, it’s an expressive aspect that I need to live as female and I guess that is a long winded way of saying the transition brought the reward of feeling that I was me at last – whatever form that is.”

I retired from an astronomical observatory and now live on the Oregon coast where I teach astronomy and give talks and presentations. I am enjoying astrophotography, kayaking and hiking in beautify Oregon.
View all posts by sifankahale »
← One Month HRT
Month 2 Summary →