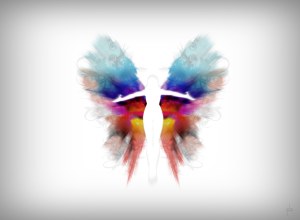 One month already!  I knew it was here because my prescriptions were out!  So this is sort of a summary of what its like after 30 days on hormones.

Executive summary:  Estradiol is working great, good results.  But Spirol (he was worried about low blood pressure and only put me on 1/4 the dosage) seems to be having only a marginal effect.

Estradiol:  I have already noticed four effects – some just marginally, in fact so small that I’m not sure and others, although still small, are noticeable (well notable at least).

Before my breasts were chest muscles and probably fat.  They have actually ‘shrunk’ – ack!   However, the texture and resiliency are very different.  The areola and nipples are the same size but now have ‘sensitivity’.  At times there were small lumps in the areola and on and off they were more firm.  I have also noticed that my sports bras are a bit more snug feeling and that I’m feeling my shirt or blouse more when I walk.  More than a few times when taking a shower or drying off I noticed that when my arms were out in front of me, that they were bumping or rubbing against the sides of my breasts or the front and I felt that!  My side profile has changed too – whereas before that tissue more or less was flat, now my breasts have a small but definite profile.

My buttocks seem to have a defined shape as well.  Placing my hands on my hips, thumb forward and fingers wrapped around behind, I noticed that I’m a bit more curvy there than before.  I have some woman’s slacks that before was a little baggy in the back that now fit much better.

I have been shaving my legs, stomach and chest and have noticed that my skin seems a bit smoother as well.  Especially noticeable is my forehead (which is not shaved or anything so therefore serves as a good benchmark).

And the last thing I have noticed is my body.  Others have described in their transition as feeling more feminine.  That didn’t quite explain it for me.  Yes, it’s a more feminine feeling day-to-day but I think the really big internal change is that the body is catching up to the ‘me’ that is inside it (mind and spirit or what ever you want to call that).  The body and the internal gender are starting to match – congruence.  It’s a wonderful feeling of having everything together, of everything starting to be ….. ‘me’!

Spiro: well here is where I’m not as satisfied, granted this is only 1 month.  About the only thing I can use as a measure here would be penile functioning and attendant physiology.  An oft reported effect is the lack of both the responsiveness and frequency.  Before I thought I had a problem with ‘frequency’ only to find out I was quite normal for a male.  Non-the-less this was something I did not want and couldn’t wait for it to abate.  Well, it has abated but not as much as I would wish.  I am still quit able there, it takes a bit long and is getting hard to accomplish.  So there is progress on that front.

I do see changes related to this as well. For example, before a bikini clad well shaped and sexy woman on the beach would arouse me. Now, I’m noticing whether that style of bikini suits her figure, would I wear those colors or that style and how is she wearing her hair. I also find myself comparing her figure with what I think I’ll have and then try to imagine what I could wear.

My orientation is to women – that has not changed, only now I would be considered a lesbian. I find that instead of a masculine arousal, I have a different kind of internal arousal. It’s still too new to describe. I feel more attracted to my partner then ever before. I want to please her and make love to her – but not in a masculine way at all, but more of a sensual giving manner. I also enjoy when she comes up behind me and hugs/caresses me, especially my budding form!

And I do have to admit, for the first time I find some men – ummm – interesting. I do not think anything more of this other then I can understand what other woman ‘see’ and ‘want’ in men. I can feel this now from a feminine point of view. Like I said, my orientation is to women, I am a lesbian, but I can understand (feel) the ‘stirrings’ a hetro-woman has.

Posted in About and tagged Hormones, hrt, Transgender, Transition, Transsexual. Bookmark the permalink.